The Rijksmuseum and Ordovas are staging a unique joint exhibition in the autumn, centred around paintings and etchings by Rembrandt (1606–1669) on loan from the collection of the Rijksmuseum, in conversation with paintings by Frank Auerbach (b. 1931). Raw Truth: Auerbach–Rembrandt will open to the public from 4 October to 1 December 2013 at Ordovas, Savile Row, London and then travel to the Rijksmuseum from 12 December until 16 March 2014. The exhibition brings together a striking group of landscapes and portraits by the 17th century Dutch painter, Rembrandt Harmensz. van Rijn, and Frank Auerbach, the renowned British artist. This is the first collaborative exhibition to be presented by the newly renovated Rijksmuseum and Frank Auerbach is the first contemporary artist ever to show alongside works from their collection.

This exhibition offers a deep engagement with that process, exploring in detail the ways in which Rembrandt’s work has become a lasting source of fascination for Auerbach and an influence on his practice. Raw Truth: Auerbach–Rembrandt will show a selection of six paintings by Frank Auerbach in conversation with two paintings and two etchings by Rembrandt, each selected by the Rijksmuseum and Ordovas, with the approval of Auerbach. Each pairing illuminates how the two artists approached a similar subject, be it a landscape or an intimate portrait of someone close to them. For instance, in hanging Auerbach’s Head of E.O.W. [Stella West], 1964, alongside Rembrandt’s Portrait of Dr Ephraïm Bueno, 1645–47, we invite an exploration of the two intimate portraits, the different solutions for similar subjects and the artists’ purpose and intention in creating the rich surface through hours of painting and intense observation.

Ordovas has organised exhibitions of this nature before. Irrational Marks: Bacon and Rembrandt explored Bacon’s self-portraits and their connection with Rembrandt’s small Self-Portrait with Beret from the Musée Granet, Aix-en-Provence, a painting Bacon was fascinated by throughout his career; this exhibition had over 10,000 visitors in the first month alone. More recently Ordovas has shown Painting from Life: Carracci Freud, which was curated in collaboration with the Dulwich Picture Gallery, and featured an important Carracci loan from their collection, as well as Movement and Gravity: Bacon and Rodin in dialogue, which explored the importance of Rodin in Bacon’s work and was the first exhibition dedicated to these two artists. 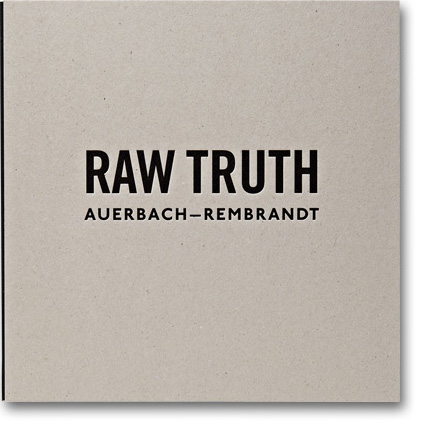 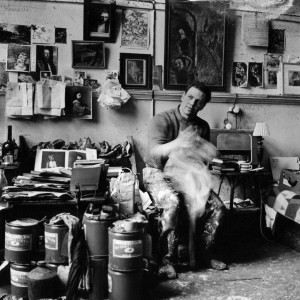 The Guardian
Exhibition of the week
27 September 2013

Chillida – From Iron to Light

Raw Truth: Auerbach–Rembrandt at the Rijksmuseum Scroll to top