Tales of Paradise: Gauguin, on public display at Ordovas from 4 February to 18 April 2014, will examine Paul Gauguin’s search for the primitive both in Brittany and Tahiti, using the artist’s own writings, painting and sculpture, as well as through the prism of modern literature. Exploring Gauguin’s time in Le Pouldu, Brittany, the exhibition focuses on Gauguin’s own writings, in particular the letters he wrote to his fellow artists, including Vincent van Gogh. The exhibition also reflects on Gauguin’s time at Hiva Oa through Mario Vargas Llosa’s literature – itself testimony to the mythic power of Gauguin’s life and work, and its ability to inspire new art.

Questions of identity – racial and cultural – were integral to Gauguin’s sense of self and he explored them both in written and visual form. From his days in the artists’ colonies of Brittany to his final years in the South Seas, storytelling and constructing his own myth were indivisible parts of Gauguin’s creative process. His legend as we know it today is inextricably linked with Tahiti, but in fact much of his quest for the primitive and savage took place in Brittany. He lived there during several intensely creative periods during the 1880s and it was also there that he completed many of the major works of his career. In the summer of 1889, Gauguin settled in the seaside village of Le Pouldu. Here, creative euphoria invaded him; surrounded by a small circle of artists and inspired by the rugged Breton coastline, he embarked on a number of paintings including Le toit bleu or Ferme au Pouldu.

Nevertheless, Gauguin’s dream of the primitive could not ultimately be fulfilled by the wild and rocky coastline of Le Pouldu and, as the following year came, he began planning his next escape to connect with even remoter cultures, full of colour and vitality. In his last letter to Van Gogh, written in June 1890, he wrote, “The savage will return to savagery. At last! Destiny once written cannot be overturned”, foreshadowing his imminent departure for what would be the first of two trips he would make to French Polynesia. Two works in the exhibition chronicle his first visit to Tahiti: Jeune homme á la fleur, painted in 1891, and a patinated plaster self-portrait sculpture, Masque de sauvage, executed 1893-1897. The exhibition also includes Incantation or L’Apparition, painted by Gauguin in 1902 during his second and final visit to the South Seas, on the island of Hiva Oa, which epitomises the artist’s fascination with myth and the primitive, and his untamed surroundings. Tales of Paradise: Gauguin, marks the first time that this work has been the subject of an exhibition in Europe; it was last publicly exhibited by the Toledo Museum of Art, Ohio, as part of Artists Unappreciated in Their Day in 1939.

GAUGUIN IN HIS WORDS 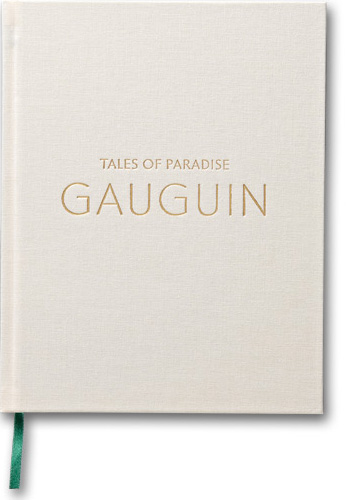 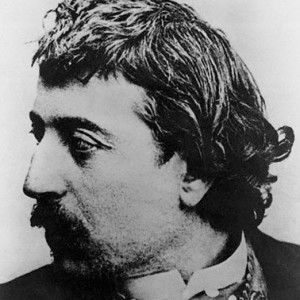 Artdaily.org
Gauguin paintings and sculpture go on public display for the first time in UK
5 FEBRUARY 2014

Raw Truth: Auerbach–Rembrandt at the Rijksmuseum

Chillida on Miró Scroll to top