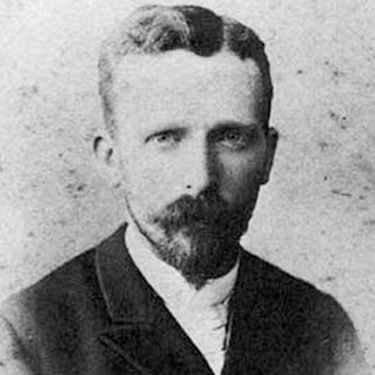 Vincent van Gogh has transcended the history of art to become a figure of near-legend. His paintings of the final few years of his tragically brief life – his images of sunflowers, fields and the people around him – are among the most recognised works of art in the world. In addition to his painting and draughtsmanship, he left a formidable legacy in terms of his letters, and in particular his correspondence with his art dealer brother Theo, which have helped to shape the way that generations of artists have thought about their work. Van Gogh was almost single-handedly responsible for the rise of Expressionism and all the movements that followed in its wake, making him one of the most pivotal figures of modern art.

Van Gogh was born the son of a pastor, and himself considered a religious vocation, especially after attempting to become an art dealer – another profession favoured by his family. Van Gogh attempted to qualify as a pastor and to spread the good word; however, he was not a success. Gradually, he became increasingly interested in the idea of painting the life of the flocks of people that had eluded him. Largely self-taught, he began to chronicle the world around him, often taking the bible as inspiration for his celebration of, say, sowers and fishermen. Van Gogh began working on drawings, but in the early 1880s received informal instruction in painting from Anton Mauve, who was married to one of his cousins. This would result in his images of industrial life, agricultural life, and eventually the dark, raw, earthy power of the famous Potato Eaters of 1885.

Looking at the works for which Van Gogh is best known, which date from the later 1880s, it is incredible to realise how much he changed in only a few years. This was a change brought about by Paris and by direct contact with the artistic trends current in the French capital. Van Gogh was particularly aware of these thanks to the introductions provided by his brother Theo, who was working as an art dealer for Boussod Valodon, the successors of Goupil fils, the firm which had also earlier employed Vincent. During this time, Van Gogh began to veer towards a lighter palette and a more expressionistic manner of painting.

One of Van Gogh’s other influences was the art of Japan, in particular the ukiyo-e prints of artists such as Hiroshige and Hokusai. Unable to venture all the way to Japan, Van Gogh decided to go to the South of France instead, which he considered ‘the equivalent of Japan’ (Van Gogh, The Complete Letters of Vincent van Gogh, London, 1958, Vol. II, no. 500, p. 589). The hints of an incendiary palette that had been apparent in Paris now came to the fore, bursting onto the canvas in ecstatic visions of life in the South of France. Bold colours, strong lines and sheer passion lend his canvases an electric jolt of energy that still affects the viewer to this day.

Van Gogh’s mental health was increasingly precarious during this time, as was demonstrated when he was joined in his intended ‘School of the South’ by Paul Gauguin. While their brief collaboration while living together in the Yellow House in Arles resulted in a number of masterpieces, it also culminated in a disastrous evening when Van Gogh famously cut off part of his own ear and attempted to give it to a local prostitute. Van Gogh went into an asylum, in part for his own safety: he was sometimes found, in the midst of fits, eating his own paints. He was also able, during his voluntary incarceration, to create more of his searing visions of life, showing his own room or the countryside around the asylum with equal passion and skill. Eventually, Van Gogh was moved to Auvers-sur-Oise, partly due to the presence there of Dr Gachet, who was himself immortalised in portraits by the artist. There, several months later, he shot himself, dying soon afterwards, bringing to an end one of the most meteoric yet influential artistic careers ever.